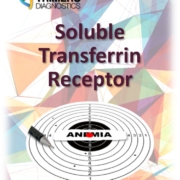 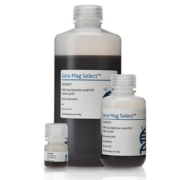 Running a sequence through an instrument is expensive and time consuming. 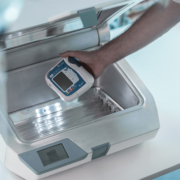 Disinfection with high-energy UV-C light has been proven safe and effective. UV Smart makes this technology easily applicable for the validated disinfection of medical instruments and equipment. The result: a safer environment for healthcare professionals and their patients. 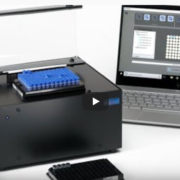 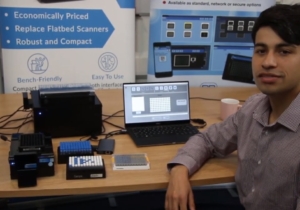 Ziath has posted a new video that shows how its Mohawk semi-automated tube selector is a productive and versatile tool for cherry picking tubes from multiple racks.

In the new video, product manager Avash Anderson demonstrates how the Mohawk provides secure and accurate picking of individual 2D-barcoded tubes from 96-place SBS format racks – quickly and easily. Using Ziath’s web-based DP5 software, Avash also demonstrates how simple it is to load a picking list, retrieve the desired tubes and then verify them on a connected 2D tube reader.

Trying to extract a single tube from a rack can be difficult and doing so manually can lead to positional errors. By using software to control 96 individual solenoids, the Mohawk can lift one, two or up to sixteen individual tubes at a time, making it easy to remove them from the rack and place in a subsidiary rack or other tube device.

The pins to be selected can be set in a “Pick List” which can be generated from the onscreen graphical representation of the Mohawk deck or from an Excel spreadsheet. The Mohawk is able to operate with both thawed and frozen tubes and can even generate pick lists including tubes that are contained in multiple racks. 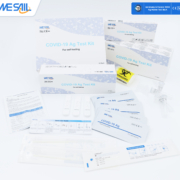 This product can offer result in 15 minutes. With simple steps, individuals can complete the test in any settings, such as home, school, border, etc. The test can detect COVID-19 wild-type virus and 30+ mainstream variants, which helps individuals make informed decisions and lower the risk of transmission. 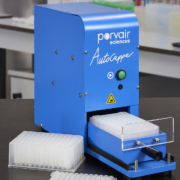 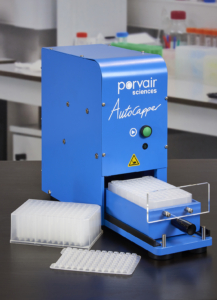 Porvair Sciences has released its next generation AutoCapper electronic sealer – a versatile device designed to take the strain out of applying friction sealing caps to a wide range of microplates.

Small enough to fit on most lab benches, the AutoCapper has been designed to do all the hard work for you. A plate with its attendant cap mat is simply placed in the drawer and pushed firmly shut. From then on, the sophisticated electronics take over, forcing the cap mat down into each well by applying consistent, even pressure. With just a touch of a button, the powerful, yet smooth operating mechanism makes single action sealing of microplates quick and simple, therefore removing any risk of Repetitive Strain Injury (RSI).

The AutoCapper is the perfect solution for laboratories looking for an affordable device that makes the entire plate sealing process faster and more reproducible. 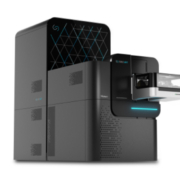 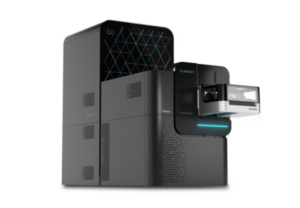 Waters Corporation has introduced the Waters™ SELECT SERIES™ MRT, a high-resolution mass spectrometer that combines Multi Reflecting Time-of-Flight (MRT) technology with both enhanced DESI and new MALDI imaging sources. Together, these technologies enable scientists to explore molecular structure and function through the precise identification and localization of individual molecules in samples, with a unique combination of speed, resolution, and mass accuracy.

For example, a scientist researching how an investigational oncology drug interacts with its intended target, such as a specific brain tumour receptor, can now do so much faster, at speeds up to 10Hz without compromising mass accuracy or resolution.

The SELECT SERIES MRT platform is the basis for the next generation of Waters’ high-resolution mass spectrometers. It is the first commercially available instrument of its kind that is capable of attaining 200,000 Full Width Half Maximum (FWHM) resolution and part-per-billion mass accuracy independent of scan speed. The superior performance of the SELECT SERIES MRT allows scientists to get the highest quality mass spectrometry data and information faster than any commercial mass spectrometer on the market todayii. The new Multi Reflecting Time-of-Flight technology features an extended flight path of almost 50 meters to give scientists a much clearer picture of structural information, including fine isotope structure.

“The Waters SELECT SERIES MRT opens the door to a greater understanding of molecules and their mechanisms of action in numerous scientific fields,” explained Dr. Udit Batra, CEO and President, Waters Corporation. “The clarity of images produced by this instrument can yield profoundly important molecular information to scientists in research areas such as targeted therapeutics, to provide insights and enable deep biological discoveries.”

DESI XS and MALDI imaging on a single MRT platform

The first application of the SELECT SERIES MRT unlocks the potential of MS imaging using DESI and MALDI ionization. DESI is a direct-from-sample, soft ionization technique performed under ambient environmental conditions, requiring no prior sample preparation. It provides imaging information about the biochemical distribution of small molecule drugs, lipids, and naturally occurring metabolites within a slice of tissue or on other sample surfaces after just a single measurement. Scientists are applying DESI to research breast and ovarian cancer, to study drug metabolism and pharmacokinetics (DMPK), to investigate the function of key metabolites in natural products in traditional medicines, and to get a closer look at the biotransformation of bacterial colonies after gene modifications.

For scientists interested in conducting MALDI imaging experiments, the SELECT SERIES MRT is available with a newly designed MALDI source. MALDI is an ideal complementary technique for the imaging of biological molecules such as peptides and can visualize tissue sections at spatial resolutions of less than 10 microns. Taken together, the combination of imaging sources gives researchers the means to generate fine spatial information and morphological detail for biological samples and even visualize brain vasculature.

Customer shipments of the SELECT SERIES MRT are expected to begin in the fourth quarter of this year. 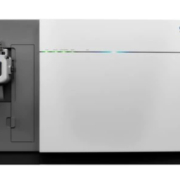 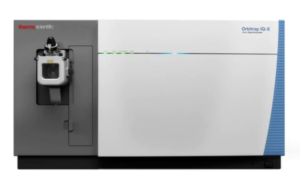 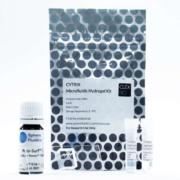 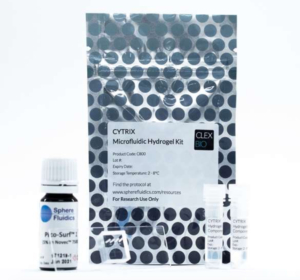 Sphere Fluidics, a company commercializing single cell analysis systems underpinned by its patented picodroplet technology, and ClexBio, a pioneer in solutions for tissue engineering and single-cell techniques, have launched the biocompatible CYTRIX Microfluidic Hydrogel Kit. The kit combines ClexBio’s novel CYTRIX Hydrogel with Sphere Fluidics’ specially designed Pico-Gen™ double aqueous biochip to allow the plug-and-play generation of defined, reproducible and tailorable hydrogel microstructures for 3D cell culture, organoids, single-cell analysis, and many other applications. This allows researchers to study valuable cells over many weeks rather than days in defined microenvironments that mimic the natural extracellular matrix.

The CYTRIX Hydrogel overcomes the challenges of existing microfluidic hydrogel formation techniques, such as clogging, finicky temperature control or time-critical mixing procedures. It offers cytocompatibility and microfluidic-optimized gelation kinetics, providing researchers with a cell-friendly solution to reduce the effect of harmful temperatures, pH changes and use of UV-light required for existing hydrogel formation techniques. Paired with the Sphere Fluidics Pico-Gen double aqueous biochip and microfluidics, the CYTRIX Hydrogel enables efficient encapsulation of mammalian cells, bacteria, and other microorganisms in a homogeneous and defined extracellular matrix that supports cell viability.

Dr. Armend Håti, CEO and Co-Founder of ClexBio said: “This exciting collaboration with Sphere Fluidics has enabled us to deliver one of the first commercial solutions that allows simple and cell-friendly formation of cell-laden microgels, lengthening the time that researchers can study the contents of microspheres.” 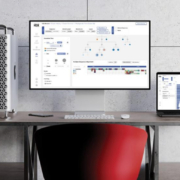 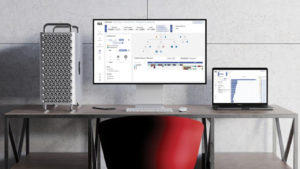 ENPICOM, an innovative bioinformatics software engineering company, has announced it will expand the IGX Platform’s capabilities towards advanced liability prediction. At the Antibody Engineering and Therapeutics virtual conference, the company revealed its plans to integrate the Structural Antibody Prediction Platform (SAbPred) developed by researchers at the University of Oxford.

“SAbPred is a widely recognized and validated tool developed by experts in molecular biology. While our team harbours a lot of knowledge in bioinformatics and software engineering, we believe this powerful combination brings the best of the two worlds. We are elevating our current platform capabilities and deliver an exceptional experience to antibody and vaccine developers looking for a more rapid, efficient, and reliable antibody discovery solution,” said Jos Lunenberg, co-founder and CEO at ENPICOM. 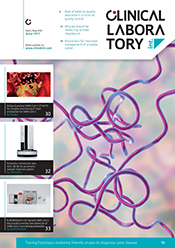