Biomarkers for the early diagnosis of sepsis in burns: systematic review and meta-analysis

Objective: The aim of this study was to evaluate the diagnostic performance of all biomarkers studied to date for the early
diagnosis of sepsis in hospitalized patients with burns.

Background: Early clinical diagnosis of sepsis in burns patients is notoriously difficult due to the hypermetabolic nature of thermal injury. A considerable variety of biomarkers have been proposed as potentially useful adjuncts to assist with making a timely and accurate diagnosis.

Results: We included 28 studies evaluating 57 different biomarkers and incorporating 1517 participants. Procalcitonin was moderately sensitive (73%) and specific (75%) for sepsis in patients with burns. C-reactive protein was highly sensitive (86%) but poorly specific (54%). White blood cell count had poor sensitivity (47%) and moderate specificity (65%). All other biomarkers had insufficient studies to include in a meta-analysis, however brain natriuretic peptide, stroke volume index, tumor necrosis factor (TNF)-alpha, and cell-free DNA
(on day 14 post-injury) showed the most promise in single studies. There was moderate to significant heterogeneity reflecting different study populations, sepsis definitions and test thresholds.

Conclusions: The most widely studied biomarkers are poorly predictive for sepsis in burns patients. Brain natriuretic peptide, stroke volume index, TNF-alpha, and cell-free DNA showed promise
in single studies and should be further evaluated. A standardized approach to the evaluation of diagnostic markers (including time
of sampling, cut-offs, and outcomes) would be useful. 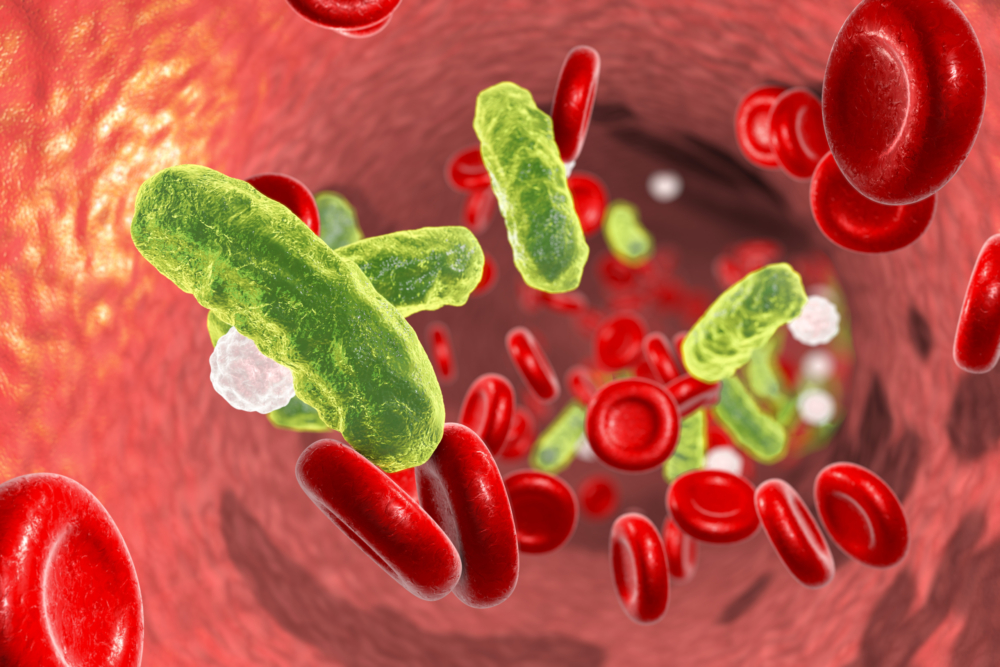 Diagnosis of neonatal sepsis: the past, present and future

Sepsis remains a significant cause of neonatal mortality and morbidity, especially in low- and middle-income countries. Neonatal sepsis presents with nonspecific signs and symptoms that necessitate tests to confirm the diagnosis. Early and accurate diagnosis of infection will improve clinical outcomes and decrease the overuse of antibiotics. Current diagnostic methods rely on conventional culture methods, which is time-consuming, and may delay critical therapeutic decisions. Nonculture-based techniques including molecular methods and mass spectrometry may overcome some of the limitations seen with culture-based techniques. Biomarkers including hematological indices, cell adhesion molecules, interleukins, and acute-phase reactants have been used for the diagnosis of neonatal sepsis. In this review, we examine past and current microbiological techniques, hematological indices, and inflammatory biomarkers that may aid sepsis diagnosis. The search for an ideal biomarker that has adequate diagnostic accuracy early in sepsis is still ongoing. We discuss promising strategies for the future that are being developed and tested that may help us diagnose sepsis early and improve clinical outcomes. IMPACT: Reviews the clinical relevance of currently available diagnostic tests for sepsis. Summarizes the diagnostic accuracy of novel biomarkers for neonatal sepsis. Outlines future strategies including the use of omics technology, personalized medicine, and point of care tests.

Biomarkers for sepsis: more than just fever and leukocytosis – a narrative review

Rationale: Sepsis is the leading cause of death in adult ICUs. At present, sepsis diagnosis relies on nonspecific clinical features. It could transform clinical care to have immune-cell biomarkers that could predict sepsis diagnosis and guide treatment. For decades, neutrophil phenotypes have been studied in sepsis, but a diagnostic cell subset has yet to be identified. Objectives: To identify an early, specific immune signature of sepsis severity that does not overlap with other inflammatory biomarkers and that distinguishes patients with sepsis from those with noninfectious inflammatory syndrome.

Conclusions: This study showed that these two new neutrophil subsets were specific to sepsis and detectable through routine flow cytometry by using seven markers. The demonstration here that a simple blood test distinguishes sepsis from other inflammatory conditions represents a key biological milestone that can be immediately translated into improvements in patient care.

The many roles of cholesterol in sepsis: a review

The biological functions of cholesterol are diverse, ranging from cell membrane integrity, cell membrane signaling, and immunity to the synthesis of steroid and sex hormones, vitamin D, bile acids, and oxysterols. Multiple studies have demonstrated hypocholesterolemia in sepsis, the degree of which is an excellent prognosticator of poor outcomes. However, the clinical significance of hypocholesterolemia has been largely unrecognized. We undertook a detailed review of the biological roles of cholesterol, the impact of sepsis, its reliability as a prognosticator in sepsis, and the potential utility of cholesterol as a treatment. Sepsis affects cholesterol synthesis, transport, and metabolism. This likely impacts its biological functions, including immunity, hormone and vitamin production, and cell membrane receptor sensitivity. Early preclinical studies show promise for cholesterol as a pleiotropic therapeutic agent. Hypocholestero-lemia is a frequent condition in sepsis and an important early prognosticator. Low plasma concentrations are associated with
wider changes in cholesterol metabolism and its functional roles, and these appear to play a significant role in sepsis pathophysiology. The therapeutic impact of cholesterol elevation warrants further investigation.

Background: Sepsis and bloodstream infection are associated with significant morbidity and mortality, and early effective antimicrobial therapy has been demonstrated to improve patient outcomes. Traditional culture-based methods, however, have several limitations that hamper a prompt diagnosis in bloodstream infection, including long turnaround times and limited sensitivity. In recent years, advances have been made in the development of several technologies that allow the identification of pathogens and their resistance markers directly from whole blood, possibly representing promising alternatives to conventional culture-based methods.

Objectives: To review the currently commercially available emerging assays for the diagnosis of bloodstream infections directly from whole blood, including their performance and the available data about their impact on patient outcome.

Sources: Peer-reviewed publications relevant to the topic have been searched through PubMed; manufacturers’ websites have also been consulted as a data source.

Implications: The potential of rapid diagnostic tests applied on whole blood for improving the management of patients with bloodstream infection and sepsis is high, both in terms of reducing turnaround times and improving the sensitivity of pathogen and antimicrobial resistance detection. However, overall, there is still a scarcity of data about the real-life performance of such tests, and well-designed studies are awaited for assessing the impact of these emerging technologies on patient outcomes.

Sepsis and the microcirculation: the impact on outcomes

Purpose of review: Advances in the treatment of septic shock have historically focused on resuscitation endpoints, mainly mean arterial pressure and cardiac output. As the definitions of sepsis and septic
shock have shifted to focus on the diversity of causes of dysregulated host-response we have seen an emerging phenotype where tissue hypoxia persists despite adequate macrocirculatory parameters. Interest in the topic of microcirculation is re-emerging as validated bedside techniques for hemodynamic monitoring, such as video microscopes, are becoming available. We review the current understanding of how sepsis induced hypoperfusion with a focus on recent advances in monitoring the microcirculation, and how a proliferation of biomarkers and emerging therapeutic targets may impact future research.

Recent findings: Conventional hemodynamic monitoring systems fail to assess the microcirculation, and it’s response to treatment. Lactate and venous oxygen saturations often drive biomarkerguided sepsis management. Visual assessments such as mottling and capillary refill time are often associated with predicting outcomes, but sometimes can have issues with inter-provider reliability. Microcirculatory damage can be observed sublingually and appears to have prognostic value.

Summary: Sepsis is associated with changes in the microcirculation that can lead to tissue hypoxia and organ dysfunction. Further
studies are needed to validate the usefulness of microcirculatory bedside tools in guiding resuscitative efforts.

Polymicrobial sepsis is associated with worse patient outcomes than monomicrobial sepsis. Routinely used culture-dependent microbiological diagnostic techniques have low sensitivity, often leading to missed identification of all causative organisms. To overcome these limitations, culture-independent methods incorporating advanced molecular technologies have recently been explored. However, contamination, assay inhibition and interference from host DNA are issues that must be addressed before these methods can be relied on for routine clinical use.
While the host component of the complex sepsis host-pathogen interplay is well described, less is known about the pathogen’s role, including pathogen-pathogen interactions in polymicrobial sepsis. This review highlights the clinical significance of polymicrobial sepsis and addresses how promising alternative molecular microbiology methods can be improved to detect polymicrobial infections. It also discusses how the application of shotgun metagenomics can be used to uncover pathogen/pathogen interactions in polymicrobial sepsis cases and their potential role in the clinical course of this condition.

Background: Sepsis is a life-threatening illness with a challenging diagnosis. Rapid detection is the key to successful treatment of sepsis. To investigate diagnostic value, the plasma protein profiles of inflammatory biomarkers, cytokines, and endothelial functional markers were compared between healthy controls, SIRS, and septic patients.

Conclusions: Most patients have the higher level of several cytokines and developed endothelial cell injury in the initial phase of sepsis, urokinase, ICAM-1, and VEGFR2 may be useful to evaluate severity and prognosis of sepsis patients.