The thiopurine drugs azathioprine and 6-mercaptopurine are widely used for the maintenance of clinical remission in steroid-dependent inflammatory bowel disease (IBD). Thiopurines are recommended to be continued throughout pregnancy in IBD patients, but conclusive safety data in pregnant patients remain still insufficient. On the other hand, a strong association between a genetic variant of nucleoside diphosphate-linked moiety X-type motif 15 (NUDT15 p.Arg139Cys) and thiopurine-induced myelotoxicity has been identified. Pharmacokinetic studies have revealed that thiopurine metabolism is altered in pregnant IBD patients and suggested that the fetus may be exposed to the active-thiopurine metabolite, 6-thioguaninetriphosphate, in the uterus. A recent study using knock-in mice harboring the p.Arg138Cys mutation which corresponds to human p.Arg139Cys showed that oral administration of 6-MP at clinical dose induces a severe toxic effect on the fetus harboring the homozygous or heterozygous risk allele. This suggests that NUDT15 genotyping may be required in both women with IBD who are planning pregnancy (or pregnant) and their partner to avoid adverse outcomes for their infant. The risk to the fetus due to maternal thiopurine use is minimal but there are some concerns that are yet to be clarified. In particular, a pharmacogenomic approach to the fetus is considered necessary.

Quantification of mucosal eosinophils for the histopathologic diagnosis of eosinophilic gastritis and duodenitis: a primer for practicing pathologists

Eosinophilic gastrointestinal diseases, specifically eosinophilic gastritis and duodenitis, are chronic inflammatory conditions characterized by persistent gastrointestinal (GI) symptoms and elevated levels of activated eosinophils in the GI tract. Both clinical and endoscopic findings are nonspecific, no clinical or histopathologic diagnostic guidelines are published, and disease awareness is low, both among clinicians and amongst pathologists, who tend to overlook mild or moderate increases in the density of eosinophils in GI biopsy specimens. Yet, evaluating and, at times, counting eosinophils in GI biopsies may have important clinical implications: the numbers of tissue eosinophils correlate with clinical manifestations, can be used as determinants of effective management, and are used to assess the effects of treatment. A most persuasive argument for providing a count rather than a value judgment is that patients read reports, understand numbers, and use them to help to understand the course of their disease. The objective of this primer is to provide pathologists with the tools to incorporate a quantitative assessment of eosinophilia in the diagnosis of gastric and duodenal biopsy specimens and to develop a systematic approach to their evaluation, counting, and reporting. To achieve this aim, we present our general approach to the biopsy (where to count), followed by details on the characteristics of a countable eosinophil (what to count), and provide with a set of suggestions on the counting methods (how to count). We conclude with suggestions on how to report GI tissue eosinophilia in a manner that alerts clinicians and prompts pertinent management steps.

Liver transplantation (LT) in Wilson disease (WD) is a life-saving option for patients presenting with liver failure and encephalopathy. Patients without encephalopathy can avoid LT and be treated successfully with chelation therapy. It is essential to predict the risk of fatal outcomes where LT is required. We aim to critically analyse the validity of the WD Index prospectively from a cohort of WD patients managed at our institution.

WD Index and other clinical data from 2005 to 2018, recorded prospectively as part of clinical management, were analysed.

Over 13-year period, 52 children with WD (29 male) with median age at diagnosis of 11.69 (range 3.92–17.26) years were studied. Of these, 17 were diagnosed as part of family screening, 17 presented with abnormal liver enzyme and 18 with acute hepatic ecompensation (AHD) as per PALF definition. Patients presented with abnormal liver enzymes and in the presymptomatic group had WD Index <11, and none of them required LT. WD Index is still a good predictor for LT in WD patients with AHD, providing a sensitivity of 80%, specificity of 100%, positive and negative predictive value of 100% and 80%, respectively. Patients presented with an index of 8–10 also required LT at median duration of 58 days (IQR 48–135 days).

WD patients presenting with AHD who had an index of ≥11 do require LT. Children with a WD Index of 8–10 within the first two months of admission require close monitoring as LT may become necessary. 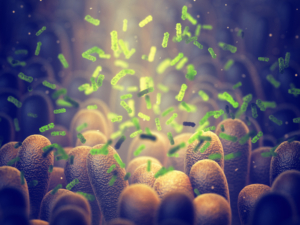 Pediatric autoimmune disorders with gastrointestinal expressions: from bench to bedside

The gastrointestinal (GI) tract may be involved in systemic autoimmune diseases or may be the target of organ-specific autoimmunity. Autoimmune enteropathy (AIE) is a rare disorder characterized by severe and protracted diarrhea, weight loss from malabsorption and immune-mediated damage to the intestinal mucosa, generally occurring in infants and young children, only rarely in adult. The salient histopathologic features of AIE are most prominent in the small intestine: villous blunting, crypt hyperplasia, mononuclear cell inflammatory expansion of the lamina propria with intraepithelial lymphocytosis, crypt apoptosis and absence of Paneth cells, goblet cells or both. Esophagus, stomach and colon are frequently also involved. Anti-enterocyte antibodies are identified in the majority of cases, and their presence, even if variable, can help confirming the diagnosis. The purpose of this review is to provide an overview of the latest immunological advances in AIE, as well as to offer a practical approach for histological diagnosis for the ‘general’ pathologist. 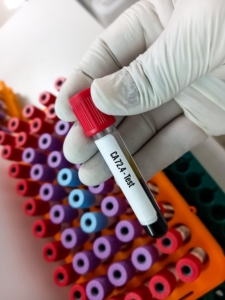 Although serum and fecal biomarkers (e.g. lactoferrin and calprotectin) have been used in management and distinction between inflammatory bowel disease (IBD) and irritable bowel syndrome (IBS), none are proven to be a differential diagnostic tool between Crohn’s disease (CD) and ulcerative colitis (UC). The main challenge with laboratory-based biomarkers in the stool test is the inability to indicate the location of the disease/inflammation in the gastrointestinal (GI) tract due to the homogenous nature of the collected fecal sample. For the first time, we have designed and developed a battery-free smart capsule that will allow targeted sampling of inflammatory biomarkers inside the gut lumen of the small intestine. The capsule is designed to provide a simple and non-invasive complementary tool to fecal biomarker analysis to differentiate the type of IBD by pinpointing the site of inflammatory biomarkers secretion (e.g. small or large bowel) throughout the GI tract. The capsule takes advantage of the rapid change from an acidic environment in the stomach to higher pH levels in the small intestine to dissolve a pH-sensitive polymeric coating as a means to activate the sampling process of the capsule within the small intestine. A swelling polyacrylamide hydrogel is placed inside the capsule as a milieu to collect the sampled GI fluid while also providing the required mechanical actuation to close the capsule once the sampling is completed. The hydrogel component along with the collected GI fluid can be easily obtained from the capsule through the screwcap design for further extraction and analysis. As a proof of concept, the capsule’s performance in sampling and extraction of bovine serum albumin (BSA) and calprotectin – a key biomarker of inflammation – was assessed within the physiologically relevant ranges. The ratio of extracted biomarkers relative to that in the initial sampling environment remained constant (~3%) and independent of the sampling matrix in both in vitro and ex vivo studies. It is believed that the demonstrated technology will provide immediate impact in more effective IBD type differential diagnostic and treatment strategies by providing a non-invasive assessment of inflammation biomarkers profile throughout the digestive tract.

Artificial intelligence and computer-aided diagnosis for colonoscopy: where do we stand now?

Computer-aided diagnosis (CAD) for colonoscopy with use of artificial intelligence (AI) is catching increased attention of endoscopists. CAD allows automated detection and pathological prediction, namely optical biopsy, of colorectal polyps during real-time endoscopy, which help endoscopists avoid missing and/or misdiagnosing colorectal lesions. With the increased number of publications in this field and emergence of the AI medical device that have already secured regulatory approval, CAD in colonoscopy is now being implemented into clinical practice. On the other side, drawbacks and weak points of CAD in colonoscopy have not been thoroughly discussed. In this review, we provide an overview of CAD for optical biopsy of colorectal lesions with a particular focus on its clinical applications and limitations.

Biologics against tumor necrosis factor-α (TNF) and the p40 subunit of interleukin (IL)-12 and IL-23 are increasingly used in inflammatory bowel disease (IBD) treatment. However, information on response prediction to these agents is limited. Thus, we aimed to identify factors for IBD treatment response prediction.

We conducted a retrospective study in 33 IBD subjects for anti-TNF and a prospective study of 23 IBD and 11 non-IBD subjects for ustekinumab (UST). Mucosal biopsy specimens were obtained before treatment with biologics. The expression of 18 immune-related genes encoding representative cytokines and transcription factors was analysed by quantitative polymerase chain reaction.

The association of anti-TNF resistance and mucosal OSM and OSMR expression was consistent with the results of a previous study in a European cohort. Our observation that IBD subjects with higher mucosal IL23A expression were more likely to achieve remission by UST has not been previously reported. The response to biologics may thus be predicted in IBD patients through the analysis of mucosal gene expression levels and patterns.

Dysregulated expression of TRIB3 and FABP1 have been previously observed in human cancer tissues. However, there is little information as to their expression change in dynamic gastric diseases and the functional roles.

Tissues from a total of 479 patients, including 89 superficial gastritis (GS), 102 intestinal metaplasia atrophic gastritis (IM-GA), 144 early gastric cancer (EGC), and 144 advanced gastric cancer (AGC) were collected. The protein expression levels of TRIB3 and FABP1 were detected by immunohistochemical staining. Meanwhile, the potential functions of TRIB3 and FABP1 in GC were further analysed by R software and some internet public databases, such as TCGA and DAVID. 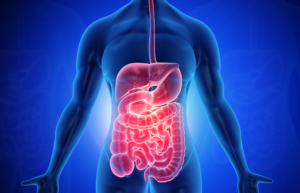 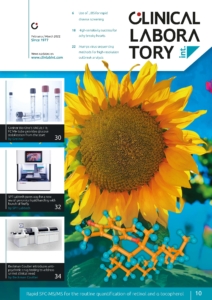