During the course of the last 18 months, we have learned a lot about COVID-19, which was a new disease. It became apparent early on that one outcome of severe COVID-19 was acute respiratory distress syndrome (ARDS), with patients usually requiring mechanical ventilation. CLI caught up with Dr Anagh Vora (Senior Vice President and Chief Medical Officer of Beckman Coulter Diagnostics) to discuss the role that interleukin-6 (IL-6) plays in the development of ARDS in COVID-19 patients and how IL-6 can be used as a biomarker of more severe disease.

What is interleukin-6, and what is its normal role?

Interleukin-6 (IL-6) is a multifunctional cytokine protein produced by certain cells of the immune system, including macrophages and the adaptive T- and B-lymphocytes and endothelial cells. Cytokines are small proteins released in response to an activating stimulus, such as an infection. IL-6 can be elevated and promote inflammation in response to infections, tissue injuries, and other clinical conditions.

What is the role of IL-6 in disease?

IL-6 stimulates the inflammatory and auto-immune processes, signalling to the body that there is an infection or disease that it needs to fight. IL-6 is one of several cytokines that activate the production of acute-phase proteins, which mimic the actions of antibodies. However, in contrast to antibodies, they have broad specificity for pathogens and depend on cytokines for their production. In addition, IL-6 is an endogenous pyrogen, raising body temperature, which is believed to help eliminate infection. At higher temperatures, bacterial and/or viral infection is not as efficient, whereas the adaptive immune system operates more efficiently [1]. So, in essence, the body ramps up to clear the disease.

What is the role of IL-6 in a cytokine storm?

A cytokine storm is an umbrella term that encompasses several disorders of immune dysregulation. A cytokine storm results from a sudden acute increase in circulating levels of different cytokines (including IL-6). Although in a normal immune response, the increase in cytokines is good because it helps eliminate the infection, in a cytokine storm, the elevated levels lead to immune cell hyperactivation and multi-organ dysfunction.

Cytokine storm syndrome (CSS) is an overwhelming and potentially life-threatening inflammatory response. It may be triggered by an infection or develop following infusion of agents targeting the immune system [2]. Individuals with CSS experience a massive outpouring of inflammatory cytokines such as IL-6 in response to an inflammatory stimulus. The over production of these pro-inflammatory cytokines is known to be associated with an increased risk of vascular permeability, disseminated intravascular coagulation and respiratory failure [3].

CSS has also become increasingly recognized in COVID-19, affecting lungs and leading to acute respiratory distress syndrome (ARDS), the major cause of death in COVID-19 patients [4]. 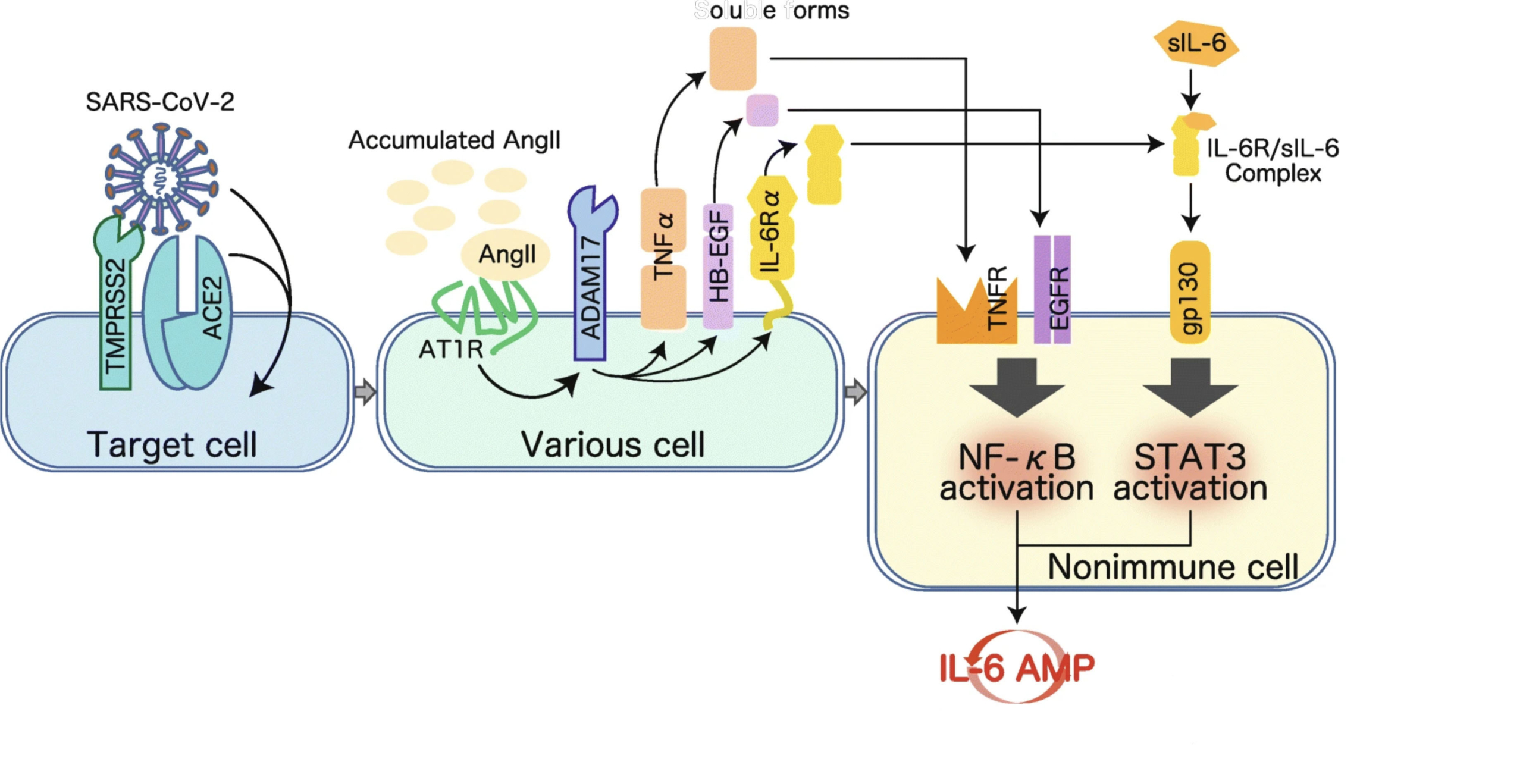 IL-6-STAT3 signalling is a potential therapeutic target for COVID-19 mediated by cytokine storm. SARS-CoV-2 enters cells via cell membrane-localized ACE2 depending on TMPRSS2 and CatB/L activities for viral S protein priming. The viral pathogen-associated molecular patterns trigger IL-6 production followed by activation of the NF-κB pathway via PRRs in both immune and non-immune cells, leading to an inflammatory response. On the other hand, upon the occupancy of ACE2 by SARS-CoV-2, the increased serum level of free Ang II due to a reduction of ACE2-mediated degradation also promotes activation of the NF-κB pathway via AT1R, followed by IL-6 production. Simultaneously, Ang II-AT1R signalling activates ADAM17 and ADAM10 protease activity, and the resulting production of TNF-α, sIL-6Rα, and EGF initiates the TNFR-NF-κB, IL-6R-STAT3, and EGF-NF-κB signalling pathways. Consequently, the concomitant inflammatory cascades of NF-κB- and STAT3-mediated signalling further augment NF-κB activity and establish an inflammatory circuit, the IL-6 amplifier (IL-6 AMP), which describes an IL-6-based positive feedback loop for inflammation in non-immune cells. Thus, the cytokine storm caused by the hyperactivation of NF-κB in IL-6 AMP may cause fatal symptoms such as ARDS, severe pneumonia, multi-organ failure, and coagulation in a subgroup of hospitalized COVID-19 patients. In line with this, the blockade of IL-6-STAT3 signalling should shed light on the treatment of severe COVID-19.

How is this relevant to COVID-19 disease course?

Elevated IL-6 is a hallmark inflammatory signature seen in patients with COVID-19-related acute respiratory distress [5]. Pulmonary inflammation makes oxygenation more complicated and can eventually lead to lung injury, pneumonia, ARDS, or multi-organ dysfunction [4]. CSS is particularly onerous in COVID-19, and several large studies have shown that IL-6 is a strong predictor of respiratory failure and death [4,6,7].

What is the implication/impact of the use of IL-6 as a biomarker on disease management, such as in COVID-19?

IL-6 can act as an early warning for how severely ill patients with COVID-19 might become. And when used in conjunction with other clinical findings, IL-6 can aid physicians in determining who is at risk of needing mechanical ventilation when they have COVID-19 [9]. PCR-confirmed COVID-19 patients that have Access IL-6 concentration >35pg/mL at presentation are at increased risk for invasive mechanical ventilation during their hospitalization. In patients with COVID-19, an IL-6 level above 35pg/mL can accurately identify 85.4% of patients who had a PaO2/FiO2 ratio <150mmHg, indicative of the risk for invasive mechanical ventilation. What do you think will happen in the next phases of the SARS-CoV-2 pandemic, and how can we best manage it?

As new COVID-19 variants become prevalent, it is more important than ever for the population to participate in necessary protective measures, including vaccination and appropriate social distancing. Many of these SARS-CoV-2 variants are more infectious and early warning signs, such as elevated levels of IL-6, can help triage patients and allocate critical resource appropriately. 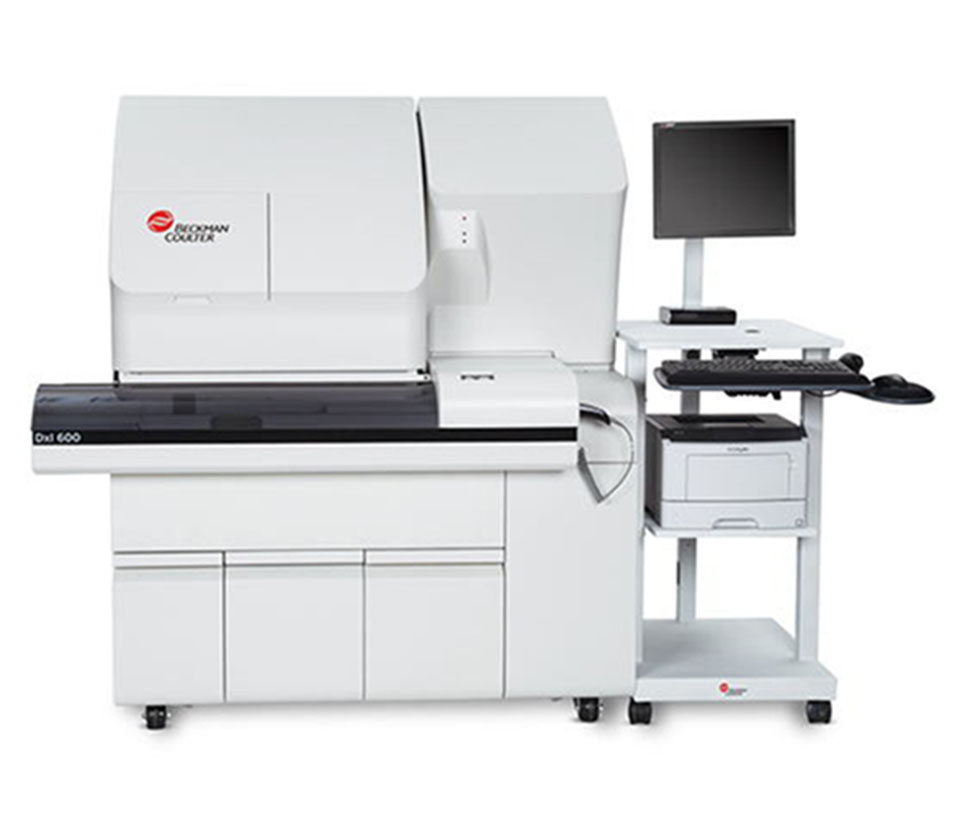 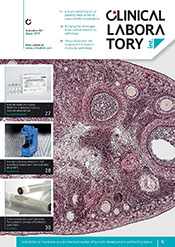