Glycolipids, basically “fatty sweet” molecules, are a relatively unknown group of lipids. A new method developed by an Austrian team led by chemist Evelyn Rampler of the University of Vienna has now provided deeper insights into the functioning of certain glycolipids located on the surfaces of stem cells. The approach presented by the researchers from the University of Vienna, BOKU Vienna and the University of Graz in the open access Journal of the American Chemical Society Au [1] can be applied to a wide range of glycolipid classes.

Pioneering method development in glyco­science, i.e. for determining the function of sugar structures on cell surfaces, recently received great recognition with the Nobel Prize in Chemistry awarded to Carolyn Bertozzi. However, research into the class of fatty sweet molecules known as glycolipids is a relatively new, emerging field of research. With their recent study, Rampler of the University of Vienna and her colleagues are providing important basic research for this area. Building on highly sensitive methods such as mass spectrometry, the structural properties of glycolipids can be investigated.

This study was aimed at developing a measurement and data analysis method for a specific class of relatively unknown glycolipids, so-called gangliosides, whose composition changes on the cell membrane during stem cell differentiation.

“Previous approaches have not been able to determine the multiple functions of gangliosides in Alzheimer’s disease, dementia or cancer because they lacked the necessary sensitivity. With our new method, we now provide a tool for the comprehensive analysis of gangliosides,” says Rampler, group leader at the Institute of Analytical Chemistry at the University of Vienna.

A research consortium of the Medical University Vienna and the University of Vienna will now investigate the relevance of gangliosides and other fatty sweet molecules in cancer. To monitor sugar structures on cells in even greater detail, it would be also possible to combine this new method with bioorthogonal labelling introduced by Bertozzi.

Study on human stem cells
“Our study on human stem cells has shown that the existing patterns of gangliosides change massively depending on which cells or tissues develop from the stem cells. It was therefore possible to identify new markers for different cell types, which now have to be confirmed in independent studies including larger sample sizes,” says Rampler.

“Based on our new mass spectrometry method, we were able to measure and describe the molecular diversity of gangliosides in an unprecedented level of detail,” says first author and chemist Katharina Hohenwallner from the University of Vienna.

The study involved experiments with stem cells, carried out by Dominik Egger of the Institute of Cell and Tissue Culture Techno­logies at BOKU Vienna. In addition, the software “Lipid Data Analyzer” for gangliosides was adapted together with researchers from the University of Graz, Institute of Pharma­ceutical Sciences.

Surgical tissue waste as samples
For the analysis, the team used tissue samples derived from medical waste. First, the so-called mesenchymal stem cells were isolated from the tissue and allowed to differentiate into bone, cartilage, and fat cells. In the course of the study, the largest number of gangliosides was found so far. Additionally, gangliosides were identified as potential markers to distinguish the different cell types at the chemical level. Based on automated data analysis, the researchers provide a method to comprehensively measure and structurally describe the gangliosides for the first time. 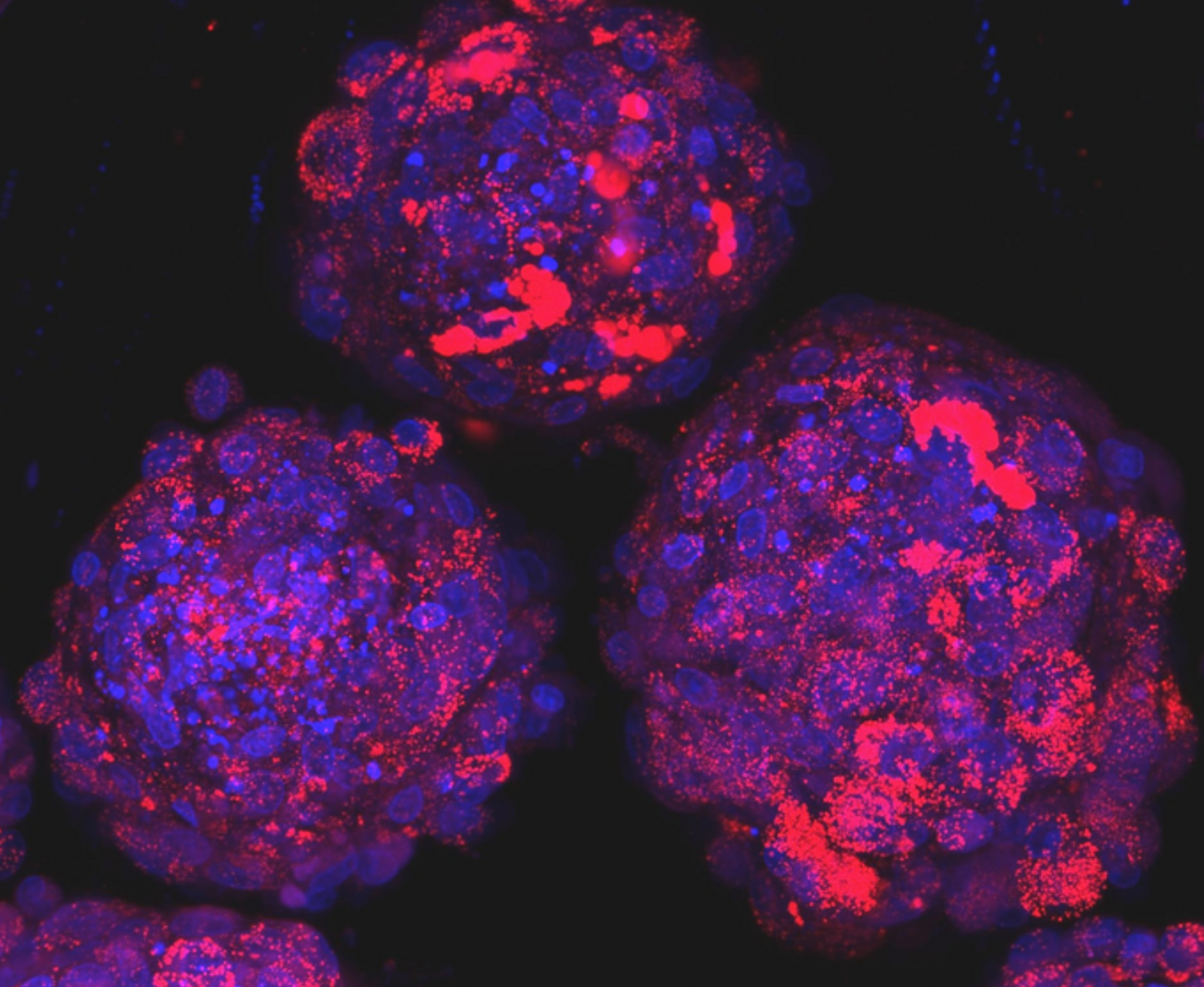 Human mesenchymal stem cells were differentiated into fat cells and the fat vacuoles were stained: stem cells and their differentiation products contain specific fatty sweet surface structures (glycolipids) that help distinguish them from each other. © Institute of Cell and Tissue Culture Technologies, BOKU Vienna