Physicists at McMaster University have identified a natural delivery system which can safely carry potent antibiotics throughout the body to selectively attack and kill bacteria by using red blood cells as a vehicle.

The platform, described in a new paper in the journal ACS Infectious Diseases, could help to address the ongoing antibiotic resistance crisis, say the scientists. They modified and then tested red blood cells as a carrier for one of the world’s only remaining resistance-proof antibiotics: Polymyxin B (PmB), widely considered a treatment of last resort due to its toxicity and harmful side effects, which include kidney damage.

It is used to fight particularly dangerous and often drug-resistant bacteria such as E. coli, which is responsible for many serious conditions such as pneumonia, gastroenteritis and bloodstream infections.

Researchers have developed a way to open red blood cells and remove the inner components, leaving only a membrane – known as a liposome – which can be loaded with drug molecules and injected back into the body.

The process also involves coating the outside of the membrane with antibodies, allowing it to stick to bacteria and deliver the antibody safely.

“Essentially, we are using red blood cells to conceal this antibiotic within so it can no longer interact or harm healthy cells as it passes through the body,” explains Hannah Krivic, a graduate student of biophysics at McMaster and lead author of the study. She conducted the work with undergraduate students Ruthie Sun and Michal Feigis, and Thode postdoctoral fellow Sebastian Himbert, all based in the Department of Physics & Astronomy.

“We designed these red blood cells so they could only target bacteria we want them to target,” says Krivic.

The team, supervised by Maikel Rheinstädter, a professor in the Department of Physics & Astronomy, had also focused on red blood cells in previous work (hyperlink) because they are stable, sturdy and have a naturally long lifespan, approximately 120 days, giving them ample time to reach different target sites.

“With many traditional drug therapies there are challenges. They tend to degrade rapidly when they enter our circulation system and are randomly distributed throughout our bodies,” Rheinstädter explains. “We often have to take higher doses or repeated doses, which increases exposure to the drug and heightens the risk of side effects.”

Scientists are working on additional applications of the technology, including its potential as a platform to deliver drugs across the blood-brain barrier and directly to the brain, helping patients who suffer from Alzheimer’s or depression, for example, to receive treatment much more quickly and directly. 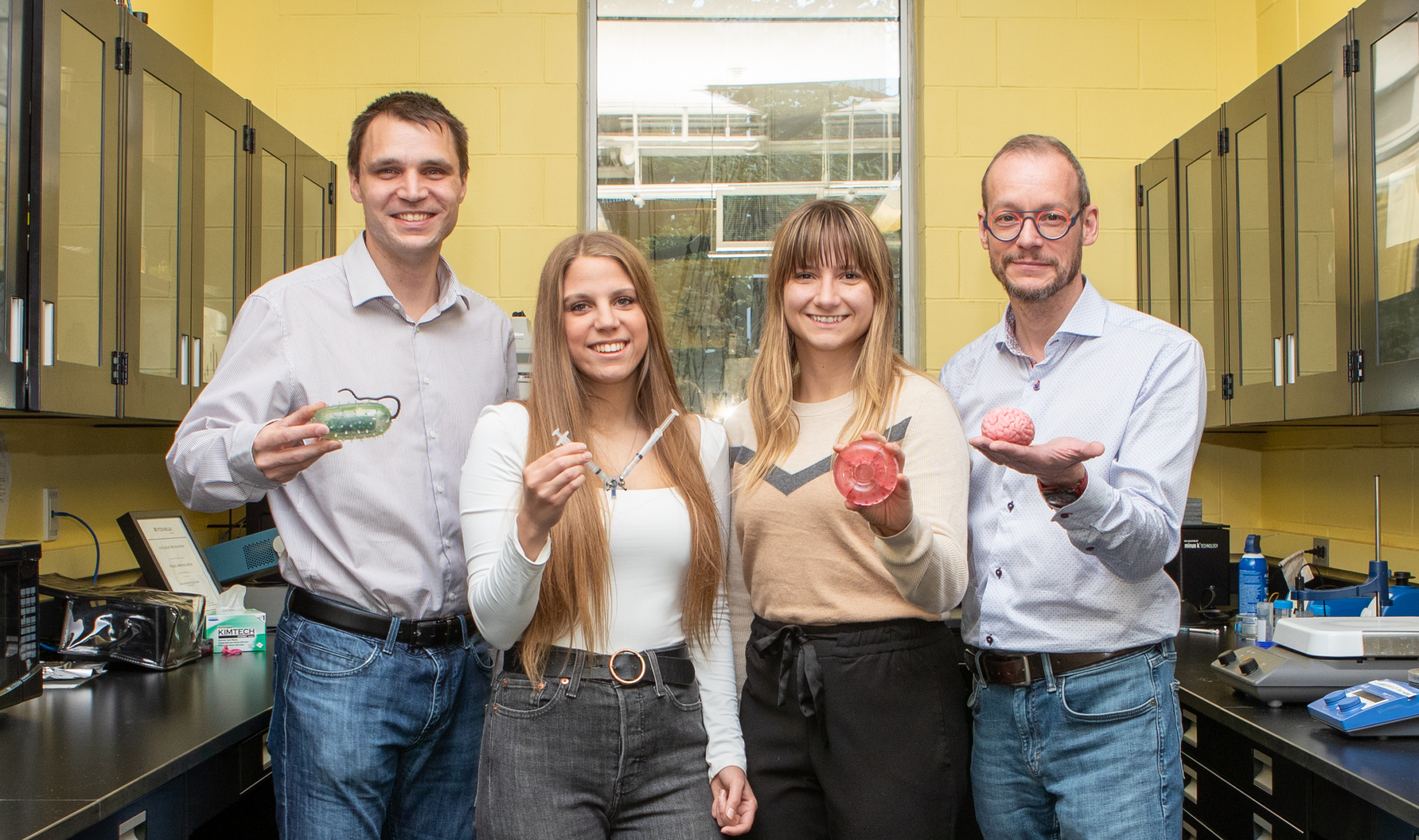